Tata and Taro Adventure (TnT Adventure) is my thesis for my master degree at Graduate School of Media Design, Keio University, Japan. Living in Japan for few years makes me realise that most of the children spent most of their time in kindergartens nursery schools, which means, they spent a lot of time with their peers. Children around 3-6 years old has already entered the stage of play called parallel-associative play, where they can show interest to others playing, but not coordinating their activities with the others.
That was when this idea came across me. TnT Adventure aims to create an environment that can encourage children to collaborate with each other. In addition to that the collaboration does not necessary mean that the children has to be in the same location or the same cultural background.

This project is showcased in Advancement of Computer Entertainment 2015 in Iskandar, Malaysia, Johor Baru.
Awards: Bronze Awards for Poster Presentation

There're so many educational games targeted for small children (3-6 years old) in the market and the trend is shifting from PC or console game to tablet or mobile phone game. Most of these games focus on the cognitive skill rather than social skills.

Children in Kindergarten are in transitory stage between socially immature solitary type of play to more a socially mature and more cooperative type of play. Rather than creating another game that makes children engrossed in tablet or glued to the sofa, I had an idea to encourage these children to move around and cooperate with their peers.


"I believe kindergarten children should be able to learn and play through video game, but not that kind of solitary type of game."

For my research I provide a leap motion for children because it's relatively new for them. I let them play a story-telling game, music game, alphabeth game with it and I just observed their behaviour.

Some findings during the user research:

Taking those findings into account, I created the design principle for Tata and Taro Adventure 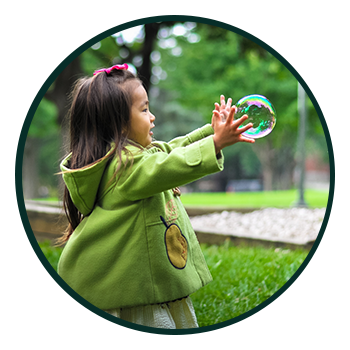 Because most of kindergarten children are learners by doing, the game should encourage children to move around and exploring things with their body. 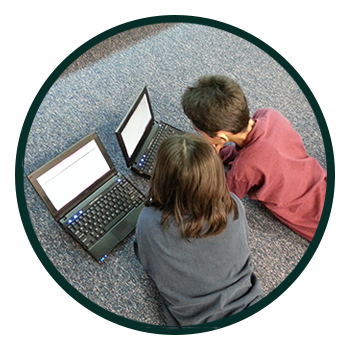 The game should encourage children to interact and collaborate with their peers. 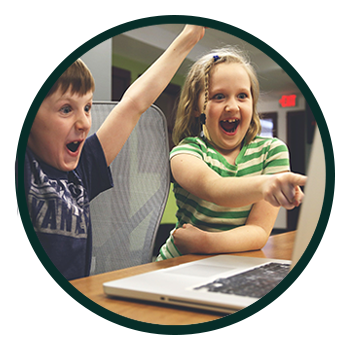 After observing several children, I created persona. Persona helped me to focus on user goals, build empathy with the, and design direction. 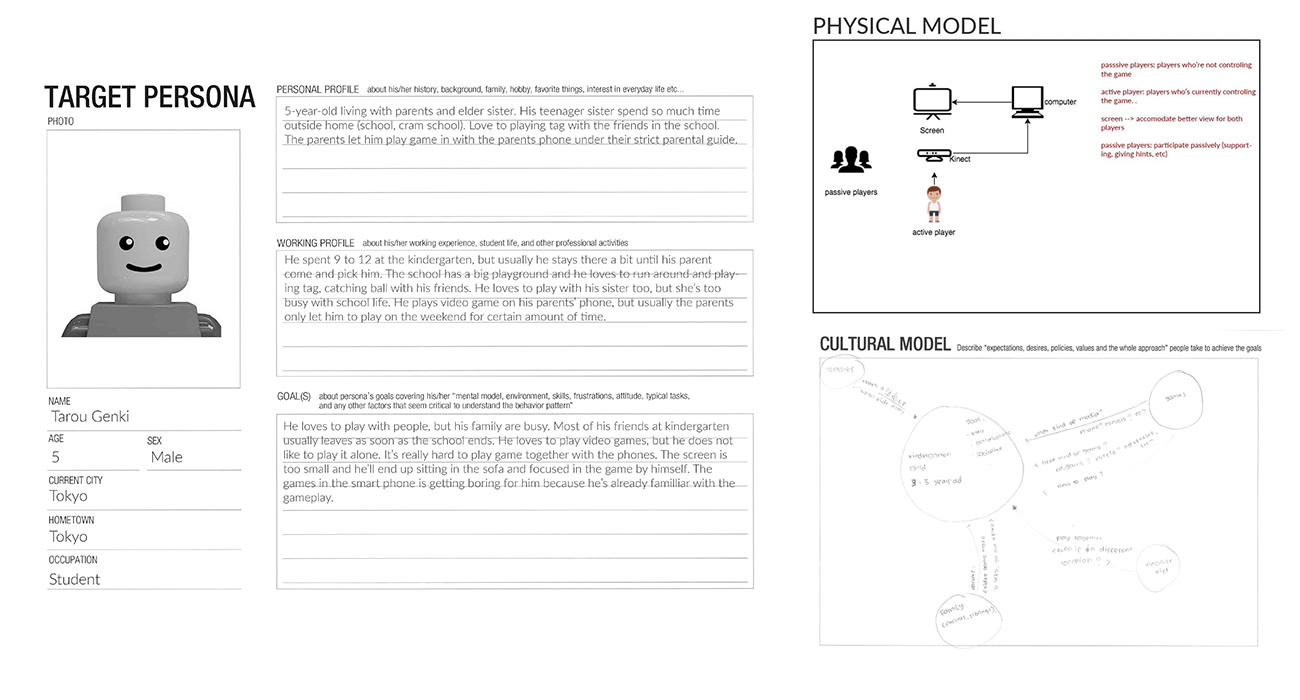 TnT is a choose-your-own adventure game with Kinect as the media to interact with elements in the game. Children have to choose and follow a storyline. Based on what they choose, they'll interact a mini-games. This mini-games require them to cooperate or interact with their peers. It can be a competition, a turn-taking game, or a puzzle that they have to solve together. From 3 iterations of prototype, here's the final product. 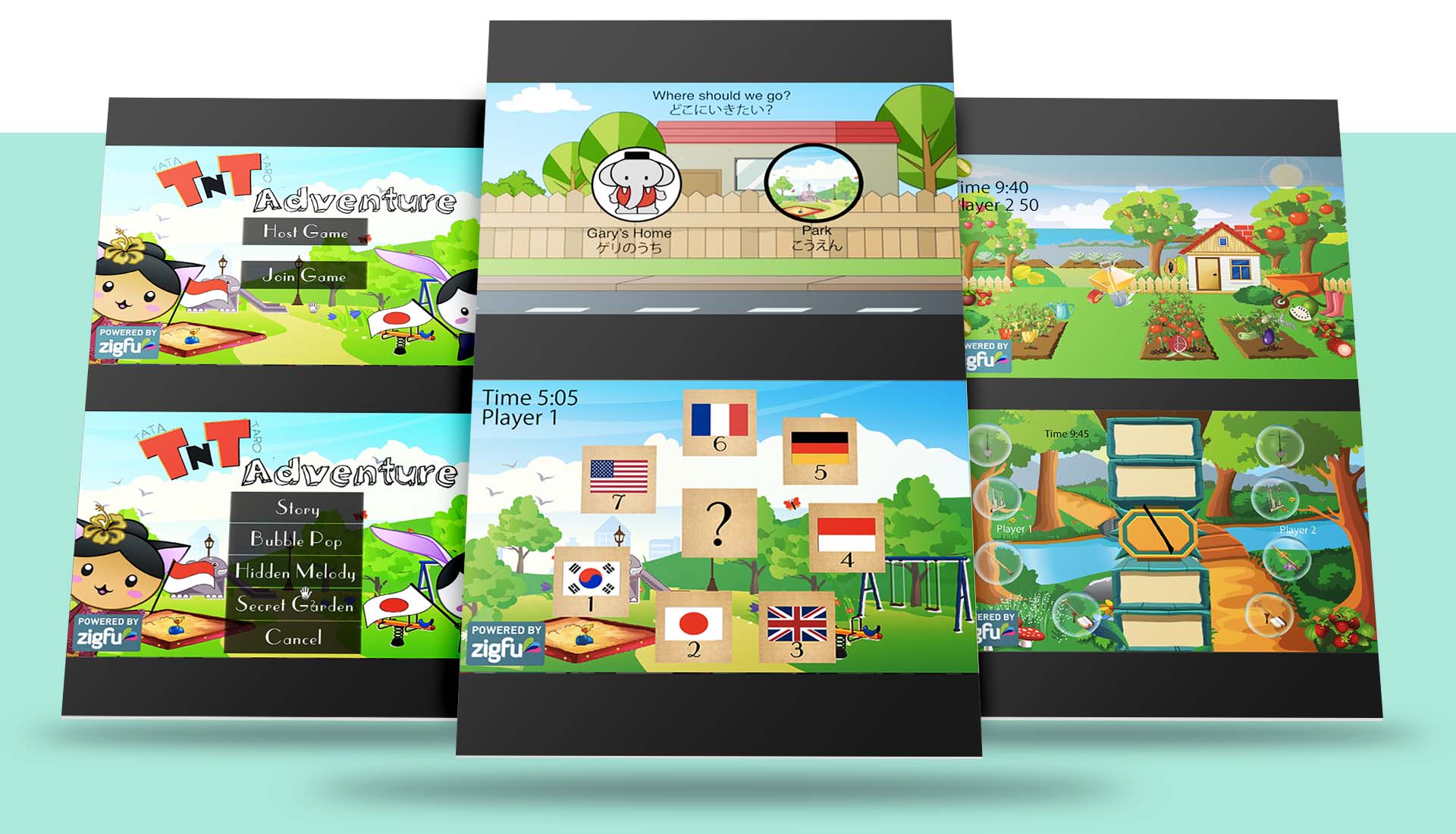 The test was conducted in 3 iterations. Improvement on iteration 2 were made based on first expriment and so on. For the details of each iteration, you can read it on my paper.
The component of evaluation consisted of the overall experience of the system,the visual and game play of TNT adventure, and how the participants collaborate during the experiment. The interview, video recording, and observation were done in the end of every experiment.
Here's the video compilation of the experiments